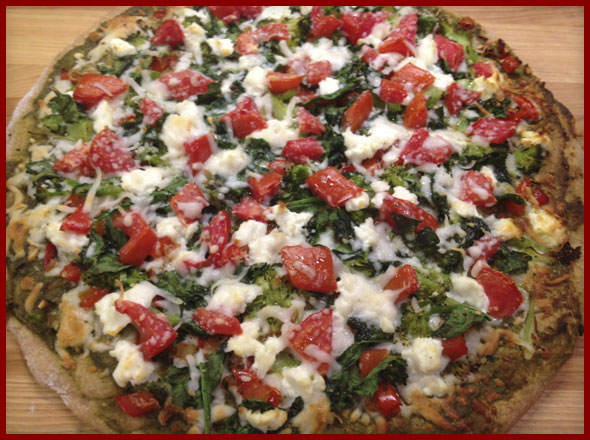 For this month’s Recipe Redux Challenge we were asked to recreate a favorite meal we had on vacation into a healthier version. If you read my blog post The Best Food I Ate in Boston, you may recall the brick oven pizza in the North End I raved about. Gluten-free, pesto, and topped with cheese. Not the most unhealthy endeavor, but I knew I could make it healthier. Just as tasty? That would be the real challenge!

Here’s How I Tackled My Recreated Healthier Pizza

Healthier Pesto. I created a Kale Apple Walnut Pesto for this pizza. Most of us don’t eat enough kale, a super healthy green full of Vitamins A and C and minerals, like Calcium. I wanted to see if I could make kale more attractive to non-kale eaters out there. Walnuts are considered one of the healthiest nuts (as of this writing) because they are full of Omega 3s, which support healthy cholesterol, brain and nervous system functions.

Apples? They add a ton of fiber, antioxidants, vitamins, and they make it taste great! The Umeboshi Plum Vinegar is a macrobiotic trick I learned when I studied with macrobiotic chefs to add a salty flavor without adding cheese. Keeps calories and fat down. It’s a strong flavor – you don’t need much.

Healthier Crust. I based this recipe off a traditional pizza crust recipe, but I created a whole grain spelt crust. Whole grain flour is higher in fiber and spelt, a close cousin to wheat, works quite similar to it, but is far less processed. It’s often tolerated by those with a wheat allergy or intolerance (myself included!) and it’s packed with minerals and vitamins.

Plus, I decreased the olive oil and added soy milk to reduce the fat. Even though olive oil a good fat, I still wanted less of it.

Healthier Cheese. I used mostly rice cheese (mozzarella flavor) in this pizza, and you certainly could make this pizza vegan and use all rice cheese. Because I can eat a little goat cheese, I added a small amount for the great flavor. Softer cheeses, like goat cheese, are lower in fat than hard cheeses. Woo-hoo!

More Veggies. I topped this pizza with more veggies. That means more fiber and more overall goodness for you! 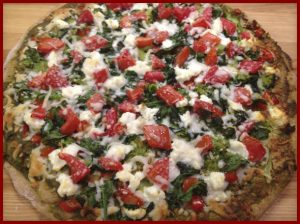 For the Veggie Pizza

This is what the dough looks like before it rises: 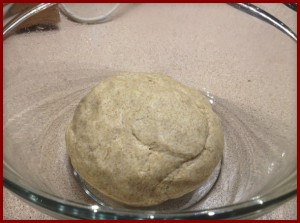 This is what the dough looks like after is rises: 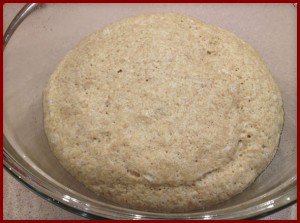 If you choose to saute the veggies, here’s what they look like: 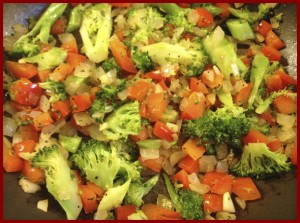 What should you do with the rest of that head of delicious kale?

END_OF_DOCUMENT_TOKEN_TO_BE_REPLACED

From high blood pressure, high cholesterol, constipation, breast cancer, and even to flatulence ...

END_OF_DOCUMENT_TOKEN_TO_BE_REPLACED

How to Take Off that Winter Weight There are a number of foods and strategies that support weight ...